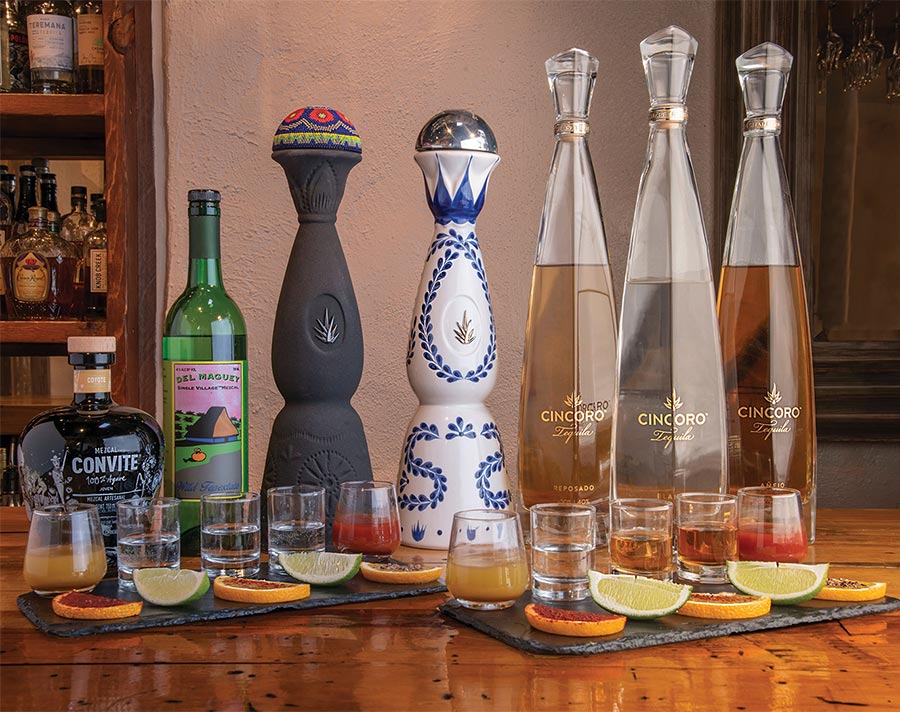 The Spirits of Mexico

Space is limited, pre-paid reservation(s) must be made in advance.

Few spirits evoke the passion associated with tequila. This agave spirit has stood the test of time and it is now as respected among top bartenders as single malt Scotch or a fine Cognac.

The Aztecs prized a fermented drink known as pulque, which used the sap of the agave plant The milky liquid was so important to Aztec culture that they worshipped two gods known for their relationship to booze. The first was Mayahuel, the goddess of the maguey, and the second was her husband Patecatl, the god of pulque.

While multiple theories exist on the beginning of agave distillation, the most probable involves the Spanish invasion and primitive mud stills. The parched Spaniards couldn’t be without their brandy for too long, so when supplies began to run low, they improvised with mud and agave, essentially creating what we know today as mezcal. In the mid-1500s, the Spanish government opened a trade route between Manila and Mexico, and in the early 1600s, the Marquis of Altamira built the first large-scale distillery in what is now Tequila, Jalisco.

Today tequila and mezcal distillers (all tequilas are technically mezcals, but not all mezcals are tequilas) have a stringent set of rules they must abide by. Those include ensuring that each bottle is made in the proper location, from the correct ingredients, and that reposado and añejo versions are aged for just the right amount of time.
Interest in mezcals is growing at a rapid pace. Join us for an adventure into the spirits of Mexico where you will learn the differences between Sotol, Bacanora, Tequila and Mezcal. The offering includes a flight of five tequila and mezcals, two flavors of our home-made sangritas, as well as a tasting of our famous home-made moles.

RESERVE A SPOT
Some selections that may be included in your flight:

Hacienda Chihuahua Plata Sotol – Made from 100% wild-harvested plants in the Chihuahuan Desert of Northern Mexico. Fermentation begins by slowly cooking the plants in steam-heated ovens, natural fermentation with champagne yeast, and then distilling three times in a double-column copper still.

Sunora Bacanora Plata – Sunora Bacanora is hand-crafted in small batches from Maguey Pacifica agave and then roasted for 48 hours in underground ovens called mallas. The cooked piñas are then crushed using large stone wheels. The extracted juice combined with water takes between 6-12 days to ferment in air-tight barrels and then triple distilled to produce Bacanora.

El Tesoro Tequila Blanco –  El Tesoro is made from the blue weber agave grown on the Camarena estate in the highlands of Jalisco, where the mineral-rich red soil plants a more rounded, fruity and floral flavor.

Artenom Seleccion de 1579 – The mountain town of Jesús María is the highest point in all of the tequila agave growing regions. Crafted from 100% Blue Webber agave produces a pronounced terroir that is unmistakebale.

Illegal Mezcal Joven – Handcrafted in small batches by fourth-generation mezcaleros, their Joven, Reposado, and Añejo mezcals are all made with perfectly ripe, sustainable Espadín agave, and double distilled in the Santiago Matatlan Valley of Oaxaca, Mexico.